A human resource company is going to organize a job fair for veterans in Newington on September 22. The aim of the event would be to help veterans connect with Corporates and help them get a job that matches their skills. Veterans and their families need no registrations and they can drop by at their convenience. About 50 companies are expected to be present there too. 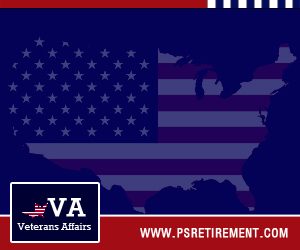 Details of the Job Fair for Veterans

The job fair will be organized by an HR company, Long Term Care Partners as a part of its efforts to support the veterans and their families. It will be a day-long job fair for veterans organized on September 22, 2016. There is no provision of a pre-registration, the vets, and their families can drop in anytime after 9 AM at the seating area of the cafeteria on the first floor of 100 Arboretum Drive. The event would first be addressed by a retired Army Brigadier Gen. Jack Hammond who is also the Executive Director of the Massachusetts General Home Base Program and the Red Sox Foundation.

The Statistics and Solution

Sonia Craft who serves as the HR Manager at the company stated that the House Committee on Veteran’s Affairs statistics shows that there are about 1 million military veterans who are unemployed. The Department of Labor reported that for some veteran groups the unemployment is more than 20 percent higher than the national average. She also added that the population of New Hampshire has 112,790 veterans and 3.8 percent of them are unemployed.

Craft also said that the company wants to improve the employment stats of veterans by increasing awareness among the employers of the area on the fact that vets can be valuable employees due to their skills and life experiences. She further stated that the biggest challenge for employers is to translate a skill of a veteran on the military duty into a skill that is needed for the job.

During the job fair for veterans, the veterans would be getting an opportunity to sit with a recruiter who will help review their resume or tune a LinkedIn profile so that the skills can be better translated for the business world.