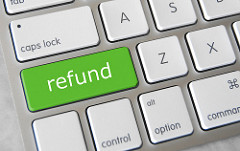 The C Fund is the part of the Thrift Savings Plan that is engineered to following along with the performance of the Standard & Poor’s 500 Index by investing a portion of the money into stocks United States corporations. Though it netted a negative 4.41 percent in 2018, when tracked over the past ten years, the C Fund has grown its return to be more than 13 percent.

Now there is a new index to reference, the S&P 500 ESG Index, which is an extension of the already established S&P 500 Index. It has been described by the S&P Dow Jones as an index that is aligned with Environmental, Social, and Governance (hence the acronym ESG) and is made to “closely replicate the risk and return profile of its most iconic benchmark.”

With over 130,000 indexes, the S&P Dow Jones, this latest index, the C Fund ESG, comes right on the heels of a widely reported from Senators Maggie Hassan (aDemocrat out of New Hampshire) and Jeff Merkley (a Democrat out of Oregon) to the Government Accountability Office concerning the climate change and the TSP in regards to its investments in fossil fuels. The senators wanted to know what the TSP knew in regards to its portfolio’s risks from climate change, and what steps may be taken to rectify it and invest in alternative energy sources without harming the actual fund itself.

If the Federal Retirement Thrift Investment Board began using the C Fund ESG, it would help address some of these issues.

But what is the ESG?

As stated before, it means employing a clearly defined Environmental, Social, and Governance guidelines to figure out which companies to invest or not invest in. Previously, a myriad of different factors were employed when figuring out which stocks to invest the TSP in, the primary one being how much potential gains would this investment bring. The ESG is another filter which the investors would have to consider, one that brings into question things like the sustainability and ethics that surround an individual business.

In addition to that, it’s been argued by ESG supporters that using the ESG method would yield better investments over the long term. Things like the tobacco industry can be used to bring in high returns, but when it became apparent that lung cancer was linked to cigarette smoking, the immediate profits were merely a shield against the investments long-term sustainability.

Most ESG-friendly investments are usually ones that have addressed concerns about any particular company’s links to diversity, human rights, nuclear energy, and fossil fuels and climate change. This ties in directly with Hassan and Merkley’s letter to the GAO, and the C Fund ESG might be the most elegant solution to satiate everyone’s concerns.

That’s not to say it will perfect right off the bat. New funds mean there are new administrative costs added to the TSP, and should the C Fund ESG not perform up to snuff, but the idea is sustainability, and if Congress and the House of Representatives can come together, the ESG is an eventuality the TSP must face.