Military personnel and federal employees can put hundreds of dollars more toward their retirement thanks to the rise in contribution Thrift Savings Plan limits.

Active military members deployed in combat zones are eligible for tax-free income that adds even more to their TSP in 2018 – up to $55,000.

The TSP’s pretax contributions are similar to a 401(k) retirement savings plan in that it reduces your taxable income.  Earnings and contributions are also tax-sheltered until withdrawn, which are then taxed as typical income. If you withdrawal the money before you turn 59 1/2, you will be subjected to 10 percent withdrawal penalty as well as taxes.

After-tax Roth contributions is another TSP option, which doesn’t provide any tax breaks but the money is tax-free when you withdraw it at retirement. For earnings to be tax-free in the contribution, the contributions to the Roth must have been made for a minimum of five years, and you need to be 59 1/2.

There are six investment options for the TSP that includes the lifecycle fund series:

The L Funds (or lifecycle funds) are comparable to the target date funds of traditional 401(k) accounts.  Investments are made in the other funds but become conservative as people get closer to retirement.

If you can handle positive and negative issues and retirement is some time away, you could put more money into your C Fund – such as the Standard & Poor’s 500 stock index. If you want a create and forget it method, go with the lifecycle fund with a name that is close to the year you plan on retiring.

A Change Comes To Military Pensions

Service members who signed up for the military between 2006 and 2017 have an important pension decision they need to make before year’s end.

People who join the military this year are registered automatically in the blended retirement system.

This system is advantageous so to people who have no plans in staying in the military for 20 years. If you don’t know if you should make the switch, the USAA has a useful comparison tool. Visit USAA.com and input military retirement system. Or, go to the Department of Defense Military Compensation website.

The TSP is a good way to be financially sound right off the bat. It doesn’t cost much to set up and easy to do. Military members are urged to contribution 10 percent of the pay into TSP accounts. However, if they can’t do this, they can make small contributions, steadily increasing them as they get a pay raise.

The TSP is an enhancement of any government pension you can get along with Social Security. The more money saved now, the more money a person will have in retirement. A TSP savings calculator will help you to know how much money you need to save to be comfortable during retirement. 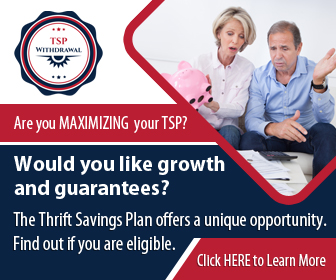