Early Retirement has lured a huge number of Penn State Employees. They were given the option of Voluntary Retirement Program (VRP) on September 1, 2016. This change would let the colleges, campuses, units and departments to realign their operations. It will also create a dent in the amount of institutional knowledge possessed by the future retirees. 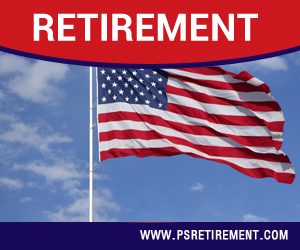 The Executive Vice President and Provost, Nicholas Jones has stated that the response rate is above the industry standards of about 30-35 percent. He said that this change has created an opportunity for the strategic realignment of the workforce. He added that it also allowed for analysis of the operations and deciding how to invest the resources in the future for not only driving efficiencies but also addressing several critical needs.

Jones also mentioned that the eligibility of the members for early retirement was primarily dependent on the business needs of the University. The eligibility was also decided in such a manner that it had minimal impact on the education mission. A lot of analysis of the situation, as well as focused reflection of Penn State’s long-term planning efforts, played a key role in deciding the eligibility for retirement incentive package, according to Jones.

The Senior Vice President for Finance and Business, David Gray stated that though the early retirement has helped the university to realign its resources and better its operations, the University leaders are grateful for the role played by the early retirees in helping Penn State to remain a world-class institution.

He also mentioned that succession planning has already begun at the institution and finding a perfect replacement is a challenge that is met by finding talented individuals across the university.  The budget executives are also looking at each position on a unique case-by-case basis.

About 364 staff members, 214 faculty members, and nine administrative category members have opted for an early retirement. As the future retirees have two options, either to retire on December 31st, 2016 or June 30, 2017, people have made different choices. Recent data shows that 125 people have opted to retire on the last day of 2016’s calendar. All faculty members will retire next year in June end.