In Illinois, the huge budget crisis is no secret and experts have been working hard to resolve it in recent months. Now, as was inevitable, the topic of conversation has moved towards retirement income and whether Illinois should follow the guidance of other states and tax this area. So far, they have resisted the temptation, and it costs the state an estimated $2 billion per year.

If we look at the problem purely from a fiscal sense, all revenues are taxed, and therefore it makes sense that retirement income is no different. However, this tax-free area has a deep history and goes back to a time where elderly poverty rates were high. Towards the end of the 1960s, it’s thought that one in four Americans over 65 were living in poverty.

When it comes to federal returns, all resources that haven’t previously been taxed are subjected to income tax and this includes 401(k) and traditional individual retirement accounts (some higher-income seniors will also pay tax on Social Security benefits). Yet, the rules and regulations in this area still differ significantly between states. Of all states, 33 tax pension income while only 11 tax Social Security benefits (to some degree).

For some, there’s a concern that wealthy seniors will simply leave the state for a different low-tax state and this could be detrimental to the local economy. This being said, the evidence that people move solely for tax purposes is limited to anecdotal evidence only.

The problem arises when comparing two 65-year-olds; one of whom is working, and the other retired. Let’s say the worker can’t afford to retire, yet they’re subjected to full income tax while the retired individual, at the same age, is not. Considering average retirement income for Americans is actually growing, this is a debate that’s set to rumble on. Thanks to Don Boyd at the State University of New York, aggregate retirement income increased by over 50% between 2009 and 2016. In the same period, income only grew 26%.

Should the Retirement Income Tax Structure be Adjusted?

Not only would this be opposed by seniors, but there’s also an argument that there are more urgent requirements for the flawed tax structure of Illinois. For example, two areas of concern are sales tax (and its struggle with services) and graduated income tax.

If changes were to be introduced, they would also need to protect low-income retirees who are already struggling to live off the little they could save. Since these individuals are already sensitive to health care cost increases and the rising cost of rent, adding a retirement income tax has the potential to cause a new poverty problem in seniors.

Recently, the Civic Federation has suggested some plans that have caused concern since they propose a tax for all retirement income. Meanwhile, the Civic Committee of the Commercial Club of Chicago proposed protection for retirement income but only for the first $15,000.

For the Center for Tax & Budget, the solution is a $50,000 exemption of adjusted gross income; the exemption for higher income levels could gradually phase out. If this CTBA plan was successful, it’s thought it would lead to revenue of $1 billion. Alternatively, the plan from the Civic Federation and Civic Committee would only earn around half of this amount.

While those earning a retirement income of over $50,000 won’t necessarily be happy, they have the money to chip into the system. 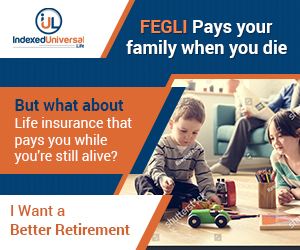