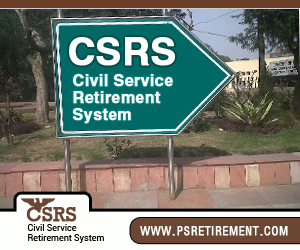 The CSRS is Still Trucking On by Wray Mathews

As per Wray Mathews current federal workers under the Civil Service Retirement System (CSRS) is about 100,000, which is 4% of the federal labor force, including postal workers. A majority of these CSRS employees are 55 and older.

As this data was from more than two years ago, the numbers should be lower now.

According to the most recent data from the Office of Personnel Management, which is also over two years old, over 90% of CSRS workers were eligible to retire. This shouldn’t come as a surprise as the CSRS program no longer took new employees at the beginning of 1984.

Though most of them are able to retire, nine out of ten CSRS employees tend to stick around past their minimum retirement age. The average age of these workers is 62.9 when they retire, with 37.5 years of service worked. In comparison, Federal Employees’ Retirement System workers average 24 years of service and retire on average at 61.2 years.

Though it still seems like the CSRS program will be completely gone within a few decades, it may not be until the end of this century.

Why? Well, nowadays, it is quite common for many older Americans to continue working past their 60s and well into their 70s. Wray Mathews said many claim this is due to financial reasons, as well as having the purpose of doing something in their lives. Whatever the reason may be, it looks like this may be the case for the CSRS employees that are still working. Not only that, but about 30% of CSRS workers are under the age of 60, which means many of them will still be working for another decade or even two.

Along with that, since the federal government offers benefits that last a lifetime for surviving children of these employees that were disabled before 18, the CSRS program will still be around for many more decades to come.

Though a majority of the employees have been under FERS for over 25 years, the majority of the retired are under CSRS. They make up 61.8% of the retirees that are receiving retirement benefits from the federal government, which also includes the postal service members. Of the 514,000 or so survivors of federal workers that are receiving benefits, 86.2% are under CSRS.

For quite some years, federal workers have been keeping an eye out for any policy changes that would write off the CSRS employees from the accounting. Not only to finally have one retirement system to keep things simplified but also to give FERS employees the opportunity to climb up the ladder even further to where the CSRS employees are in senior and executive posts.

There have been proposals to such an idea, such as a mass buyout to those under CSRS once their numbers reached a certain percentage of the labor force. That way, it would persuade many more to retire.

There have even been speculations from some workers that the government would find a way to force CSRS employees to retire. However, with only 4% currently in the workforce, it does not seem very likely that either of these things will happen.

There has been another strong speculation concerning CSRS benefits being cut somehow, for instance, mixing the system with the FERS formula for both annuity amounts and cost-of-living adjustments.

However, at this point in time, this doesn’t seem to be the case. The latest proposals on cost-of-living adjustments from the Trump administration proposed that only a half-point be taken off the CSRS annual adjustment as opposed to zero adjustments for FERS as per Wray Mathews.

A wonderful thing to have seen, however, is how both employees under these two retirement systems are mostly supportive of one another, instead of pushing the other in a direction not beneficial so that one of them can be better off.