LINDA JENSEN – The Thrift Savings Plan will have broader withdrawal choice come September 2019.  This may be disappointing news for investors who were hoping the action would come quicker. Authorities in charge of the changes did not enact them until late 2017 despite years of backlash that the withdrawal choices were extremely limited.

According to the board, the date would ensure the changes would go into effect, despite rumors that several of them would be offered earlier.  The Board said the law’s implementation would take time, using most, if not all, the two years it was given to enacting it.

Surveys were conducted about the TSP, and it showed that many separated participants put their money into other retirement accounts like IRAs. Why? These offered provided them with more options to withdrawal. In its current form, the TSP only allows participants to make one partial withdrawal after they separate with an additional withdrawal to cover the rest of the balance.

This partial withdrawal isn’t eligible to those who had an in-service “age-based” withdrawal either. This kind of withdrawal is only available one time as well.

The new law would offer greater flexibility in choosing substantially equal withdrawals. Right now, there is the monthly payments option, with account holders given the option to change the amount just once per year. For people who want to stop the payments must withdraw the remaining amount in the account.

In September 2019, people will have the option to make changes quarterly or yearly – changing how often or the amount paid. There are also changes to the lump-sum requirement. The law still applies in that investors must the minimum distributions beginning when they turn 70 1/2. What has changed is that they don’t have to make a full withdrawal decision then.

The TSP had previously said an upcoming change not included in the law would also be included. It would let account holders with both Roth and traditional balances determine what amount of the partial withdrawal they want removed from both times. At this time, withdrawals must be about equal from each account.

Other Articles from Linda: 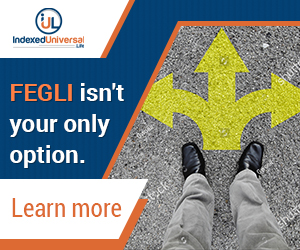