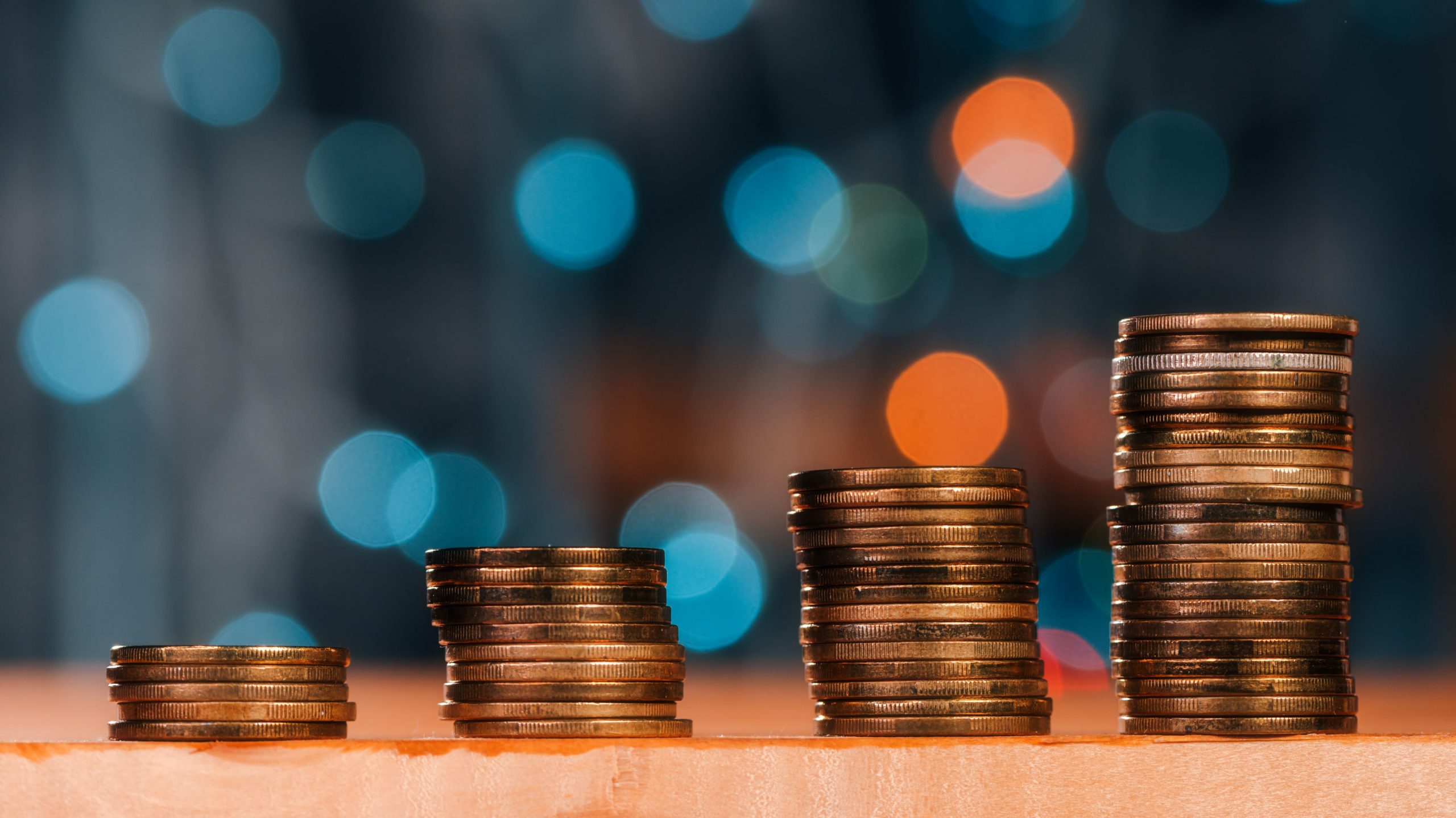 There are historical facts that can be used as a guide to interpreting the current situation. Experts have talked about the health policy and said that some communities were able to avoid the destruction caused by the 1918 Spanish flu and pandemics that hit the world later on. How could some commodities not avoid crises? Specific social distancing and preventive measures implemented at the time could have saved the situation.

Likewise, experts talked about the economic front and said we should look to history for useful guidelines to deal with long-term investments like Thrift Savings Plan accounts. In a book just published titled TSP Investing Strategies: Building Wealth while Working for Uncle Sam, 2nd Edition, the writer talked about the research of 120 years of the U.S. stock and government bond index activity in context with the average, individual investors who invest in stock and bond index funds spending 30 or 40 years in service.

To write this book, the writer did research and regularly analyzed U.S. stock and government bond index returns over every 20, 30, and 40 years from 1900 to 2019 to consider the content concerning investing environment. What the writer found after research can be used at this point also. Taking lessons from the last 50+ years of market crashes, we have seen some similarities and dissimilarities between that time and the current market situation.

In my opinion, the last two significant crises seen in 2000-2 and 2008-9 cannot be compared to the current ongoing financial crises. The recent disasters were some of the most extended market declines ever seen in history, followed by the 1990s U.S. stock market decline after the 9/11 terror attacks clobbered the economy. The recent market drop was steeper – and resembled our condition after another couple of months of our current situation. The 2000s crash created a housing market bubble and a mountain of bad debt. Our present state has come about from an unexpected local event, rather than a financial or liquidity crisis.

Similarly, we cannot compare the current situation with the 1918 Spanish flu because, at that time, the market was already declining due to four years of war in Europe and elsewhere.

The 1957 influenza pandemic can’t be used as a guide because the stock market did not crash as fast as it has dropped this time. That time, the market dropped by 20% or so, but it quickly recovered losses afterward.

I believe we can compare our current situation with the 1987 market. That was the time when the market crashed by 22% in one day. To sum up, we can say the market dropped by one-third in all. But the market which collapsed in the 2000s crashes, recovered quickly.

Comparing it with the government, this would equal $250 monthly contributions in the first year of service. Let us suppose the annual salary – and so the regular monthly contribution increases by 5% a year; most workers will get yearly increased wages, but this is a drawback for this example. For 35 years, total contributions would be about $271,000 and suppose 50% of this contribution match with the government means that TSP participants might have invested less than $136,000 of their salary over the discussed period.

To justify this example, we worked on four portfolios. The first one invests all monthly contributions in the S&P 500 (based on C Fund). The second one spends all monthly donations in an account returning the 10-year U.S. Government Bond interest rate, matching the G Fund. The third one invests two-thirds in the S&P 500 and one-third in the 10-year bond, without any money rebalance over time. The fourth one invests in the same mix as the third one but rebalances income at the end of each year back to the same combination.

What experts have to say

First of all, this market crash looks like a minor dip in an individual’s entire investing career. Still, at that time, that event felt like a considerable drop for the investor, as the total account value invested in the S&P 500/C Fund decreased to $565,000 from $761,000 in a couple of weeks.

Well, that wasn’t bad enough. This was when the market dropped 22% in one day, and investors were in shock. That means their already-declining $700,000 portfolio was expected to lose more and go under $540,000 overnight. For an investor with over three-fourths of a million dollars in investments who hoped to turn this into a $1 million value soon, all of those thoughts were smashed. Does it sound familiar?

Despite that drop, the investor’s C Fund account recovered in 21 months, and a few months later, it crossed $800,000 in value.

The thumb rule is that the investor waited patiently and did not sell the stock funds and continued investing in the stock funds, even if they dropped continuously. These are essential points that we can also apply to our current situation.

It’s important to note that if an investor is not investing in stocks at that time, he or she may take a longer time to recover from losses. But if you are selling shares when the market is low, you will never improve.

It may not be highlighted in the chart, but it is essential to be humble throughout the process. Don’t think you have mastered this and can handle the bottom of the collapse. Some might be lucky, and some may end up reinvesting after the markets return to their average. We don’t know and can never guess the bottom stage of the situation.

Well, they were taking an optimistic approach. All of us know that returns made in the past can’t help you predict future returns. Anything can happen in the investing world. Things may go up or down, but one thing is sure that things will come back to normal.

Each 30-year period that the writer checked has its characteristics, but the main thing is that the U.S. stock index like the C Fund has performed better than the U.S. 10-year Government Bond index fund like the G Fund.

For our ongoing situation, I expect that once effective treatments are identified – or once an effective vaccine is distributed – people will see a significant sign of relief in both (general public mood and in public markets).

This is a challenge, and the best minds of this world are working on an effective solution. It is expected that it is just a matter of time before an effective treatment or an effective vaccine is made available to bring the economy back to its standard shape in both the United States and other developed and developing economies.

What if we are taking a pessimistic approach? As long as the brilliant minds of the world are working to find the treatment and are not able to find one, and if the virus continues to impact countries for the rest of the year or longer, we’ll have to stay in isolation and, in turn, our stock prices will continue to go down. We will see a downturn in the U.S. and world markets. Markets may drop by 50% from their early-2020 highs so that the recovery time would be longer in both human and economic terms. (From the historical data, we can see the absolute bottom of the 2009 crash was a drop of over 50% in market value, and the investors took 21 months to recover from the phase, then the economy started declining.) But we must mention here that after every great challenge that this nation has faced, our country has recovered and grown stronger and wiser than before.

The main thing the writer found after studying 100+ years of U.S. stock and government bond index history, is that in all severe cases the total value of a portfolio consisting of the C Fund recovered after a significant drop within one to three years depending on where an investor is investing his or her money.

The lengthiest declines take a year to three years to recover from losses, but the short-term drops sometimes recover quickly. That means the TSP participants should not sell their stock fund(s) and continue to invest.

This coronavirus event is expected to impact all aspects of our financial lives as it continues to spread nationwide. Additionally, our TSP account values continue to decline, plunging the stock market, and impacting property values. Still, the important thing for all assets is to understand that, just because the market value is decreasing, it doesn’t mean that you suffered a loss. Your act of selling can only give you loss.

You are advised not to sell your house if its value dropped by 20% or 30% if everything else remains equal, and you did not need to move. Likewise, you shouldn’t see the dropping value of your TSP account as a solid reason to sell to protect your savings. The situation will eventually change, and things will come back to normal. So wait for the day when the value of your house goes back up again, give it some time, and your TSP account value will go up similarly.

Retirement Confidence is Down in 2020 in the Wake of COVID-19 Sponsored by:Ray Yon

Some Mistaken Thoughts About The TSP Sponsored by:Ray Yon

After Coronavirus, Are There Any Positive Scenarios for TSP Participants? Sponsored by:Ray Yon

Things Not To Do While Managing Your TSP During A Pandemic Sponsored by:Ray Yon