A recent survey has revealed that Americans are becoming more aware of contributing towards retirement benefits savings. The people of Britain are also becoming more vigilant in this regard. The survey further reports that the retirement readability of the Americans has increased since the last survey that was conducted in the year 2012. 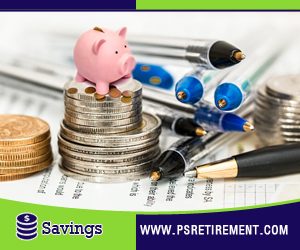 The key reason behind the increased retirement benefits savings done by people of America and Britain is that in both nations, more people got automatically enrolled in retirement plans. In Britain, the legislation makes it mandatory to participate in the automatic enrollments and in America, the employers are playing a key role in ensuring the same. All these details were highlighted in the study done by Aegon Center for Longevity and Retirement and Transamerica Center for Retirement Studies.

The researchers asked six questions with regard to retirement readability. It included questions related to responsibility for retirement security, income replacement in retirement, and the quality of people’s retirement plans. The answers to the questions were mapped on a scale of one to 10.

The Executive Director of the Aegon Center, Catherine Collinson shared the fact that the U.S. respondents improved on all six questions regarding retirement readiness while most of the other nations offered a mixed result. She also added that the country is among the topmost while gauging by the need to save for retirement and the level of personal awareness.

According to Aegon, the high score is not such a big achievement as the country still ranks as medium in the quality of retirement readiness. The survey also pointed out that even with the automatically enrolling in retirement plans the default contribution rate is just 3 percent, lower than what people generally need to save in order to attain retirement security.

It was also highlighted that many Americans were sticking to the 3 percent rate. Many Americans (75 percent) also acknowledged that they were agreeable to the automatic enrollment at 6 percent of their salary to get better retirement benefits.