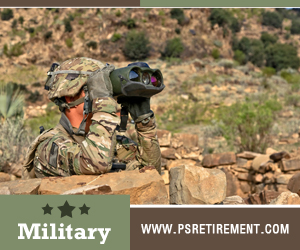 How the Army is helping soldiers to learn about financial management and blended retirement system? 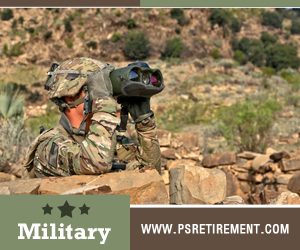 The army is helping soldiers to learn about financial management and blended retirement system by seeking the assistance of Suze Orman, a personal finance expert who will educate the soldiers as well as their families on money matters. It will ensure that they don’t become victims of mounting credit card debts, predatory loans, and other critical financial issues.

Though it is a fact that the army is helping soldiers to learn about financial management and blended retirement system by bringing Suze Orman on board but the army is not paying her. The best-selling author is offering her services totally free of charge to the soldiers. These free of charge benefits include access to a seven-step online course that normally costs $54. She will also provide the access to an upcoming video that will be detailing the new retirement system of the military.

In a statement given to the Press on January 2, 2017, Orman stated that if anybody deserves the finest financial advice in the world, which she is more than capable of offering, it’s the men and women who serve everyone. She also shared her desire to visit varied military bases in order to talk to the troops in person during the seminars. She said that nothing will make her happier than to personally visit every single base in the whole world.

The army leaders are also thrilled about the future readiness of the soldiers after having the star of the finance world to come on the board without any expense. Patrick Murphy, who serves as the undersecretary of the army stated that when the soldiers don’t have the minds or hearts on the job, it is not good for their team and their personal security. This is the main reason why the army is so happy about partnering with Suze.

As the army is helping soldiers to learn about financial management and blended retirement system by hiring Orman, it is an excellent boon for soldiers as she is an expert in simplifying personal finance tips so that they are easier to understand. For example, she says that if a 25-year-old soldier sets aside $100 a month in the Roth Thrift Savings Plan, he will be able to get his hands on about $1 million by the time he reaches 65 years of age. In contrast, if the soldier waits to start saving until he reaches 35 years of age, he will save just $300,000 at the time he reaches 65 years of age.

Orman thinks that when soldiers realize that ten years cost them about $70,000, they will start to put money away sooner rather than later.

Some other topics that Orman would teach soldiers include but are not limited to how to live life in a debt-free manner and tackling financial obstacles to purchasing valuable assets like a car or a home. Any military member that wants to benefit from free financial advice can enroll in the course at Suzeu.com by using the access code “USA.”

Orman will also help in creating a video that explains every aspect of the blended retirement system which is to be rolled out in 2018. The BRS is expected to give a portable retirement benefit of about 85 percent of the army as compared to just 19 percent at the moment.

Murphy also commented on why the army is helping soldiers to learn about financial management and blended retirement system. He said that the army loves the troops and their family. They are the corps of who the military is as a team. The army wants to ensure that they get access to the best advice.

Murphy also hopes that Orman’s advice would steer the cash-strapped soldiers away from the payday loan businesses that often try to exploit them by charging high interest rates. The soldiers would learn that there are useful tools out there that don’t need them to pay high interest rates.

The army is helping soldiers to learn about financial management and blended retirement system because it wants the soldiers to get fair and unbiased advice. Orman stated that it is challenging to find an honest and unbiased financial information which is why we always recommend working with an investment fiduciary for your retirement planning needs.