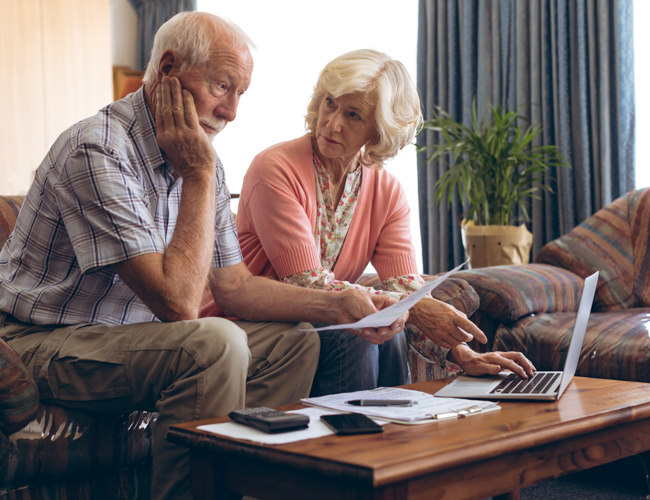 How much money will you be able to spend every year during retirement? This is a difficult question to answer because you want financial flexibility but without draining your funds half-way through. If you’re having trouble planning retirement spending, know that this is a universal problem. Some unknowns and uncertainties make planning challenging. This includes:

• The sequence of market returns

• Our length of life

Financial advisors rely on historical data to gauge safe withdrawal rates. For example, you may have heard of the 4% Rule. Despite its popularity, there are problems with the method, and we’re going to review them today. We want to uncover the truths behind both static and dynamic spending rules. By the end, we’ll hopefully explain why the second option tends to have more support these days.

Static spending and the 4% Rule

In 1994, William Bengen released a paper with the idea behind what we now know as the 4% Rule. In the paper, Bengen assessed the impact of the sequence of market returns on a portfolio’s length. Ultimately, he found that dangerous results came when focusing on average inflation rates and market returns. Even when there were decades of data, results were troubling. As a result, he suggested a safe withdrawal rate of 4% after considering actual inflation rates and market returns going back to the 1920s. With a 4% rate, portfolios could last 30 years or more.

In the analysis, there was an assumption that all first-year distributions use a portfolio value percentage. For example, the 4% Rule would generate $60,000 on a portfolio worth $1.5 million. In the second year of retirement, distributions would remain the same as the previous year (adjusted for inflation) as opposed to 4% of the new total. Therefore, the 4% withdrawal is applied to the first year and then set. The most significant advantage of static spending is that withdrawals are consistent from one year to the next.

With the 4% Rule and other static plans, some drawbacks make dynamic spending the more attractive option.

No Consideration of Actual Inflation Rates or Market Returns

Firstly, the 4% Rule and others are based on historical data, which means they have considered the worst inflation and market return combinations. As the supporters will tell you, this means that the rule will be safe even if the economy were to collapse again. However, the problem with this is that some participants will spend and withdraw much less than they’re able.

Secondly, studies from the Bureau of Labor Statistics show that, on average, spending reduces for retirees as they get older. Despite this, static spending rules suggest that we want to spend the same amount each year.

No Way of Knowing Under- or Over-Withdrawing

Finally, there’s no way of highlighting over- or under-withdrawals when they occur. You might get the same amount every year, but is this too much or too little? You can’t correct withdrawals based on after-inflation market returns.

As you’ve probably guessed, dynamic spending does the opposite. While most year-to-year adjustments consider actual market performance, they could also include inflation rates in calculations. To prevent over- or under-withdrawing, dynamic spending rules have ‘guardrails’ and adjust annual withdrawals. We’re going to cover three of the most popular approaches today.

As well as retirement, university endowments have these challenges. On the one hand, they want to fund the university and withdraw as much as possible. On the other, they need to protect future generations. As a result, some endowments use the solution developed by Yale University.

How does it work? Well, the rules have evolved over the years. However, there have always been two calculations to consider. For example, it might be 70% of the previous year’s distribution (inflation-adjusted) plus 30% of a moving average. Here, a set spending rate is multiplied by the past three years of endowment balance figures.

With the 70% figure, this ensures that figures don’t drastically change from one year to another. Meanwhile, the 30% figure considers the value of the portfolio and makes adjustments to distributions.

Example – As an example, we’re going to assume a $1.5 million portfolio with a 5% withdrawal rate. At the same time, the three-year moving average is $1.45 million, and inflation is 2%. The first year’s distribution is $75,000. In the second year, it would go as follows:

Once added together, you should get a second-year distribution of $75,300 (a slight increase from the first year). Why choose this rule? Well, the benefit is that it can be adjusted. If you want more continuity year-on-year, adjust it from 70/30 to 80/20. Additionally, the guardrails help universities (and retirees) from spending too little or too much. For example, you might want to set the guardrails at 3.5% and 7% of your portfolio. If the calculation pushes your withdrawal above 7%, you only withdraw 7% to protect your portfolio.

If you prefer something simpler, you might like the flat percentage rule. Depending on the market, the distributions will naturally increase or decrease. It’s simple, but one of the biggest problems with this method is that distributions can dramatically change each year.

Example – Let’s stick with the $1.5 million portfolio example and say that you want to withdraw 5% per year. In the first year, distributions would be $75,000. What if the portfolio were to lose 15% of its value? At years end, your portfolio is worth a little over $1.2 million. Suddenly, your 5% withdrawal is only worth just over $60,500. In the second year, you’re receiving nearly $15,000 less than the previous year. And what happens if the portfolio value drops the following year again?

Brought to the market by William Klinger and Jonathan Guyton, distributions here are based on four rules. While one focuses on the investments themselves, the others are as follows:

•    Prosperity Rule – If withdrawal rates drop below 20% of the first year, annual spending increases by 10%.

•    Withdrawal Rule – If the current year’s withdrawal rate is higher than the first year, or if there was a negative return, spending is not increased with inflation.

•    Capital Preservation Rule – If the withdrawal rate exceeds 20% of the first year, annual spending reduces by 10% (opposite of the Prosperity Rule).

Of course, there are finer details that come with the rules, but this is the general plan. Although it depends on asset allocation and various other factors, the rules above could allow for an initial rate of 5.6% while maintaining a portfolio to the end of retirement (99% chance). To calculate this 99% success rate and initial withdrawal rates, the authors of the paper used Monte Carlo simulations.

Not so long ago, a certified financial planner, Michael Kitces, revealed a simpler version of the Guyton-Klinger Spending Decision Rules. He said that the starting withdrawal rate could be set to 5% before introducing guardrails of 6% and 4%. If inflation pushes withdrawals to above 6%, the distribution drops to 6%. If it goes below 4%, distributions rise to the 4% guardrail.

• Peace of mind with guardrails

• Ability to take an initial withdrawal of larger than 4%

While spending more money in a strong market, retirees can spend less in weaker markets, and these mid-course corrections allow for more effective utilization of retirement funds!

Three Problems with Relying on a 401(k) In Retirement

Introduction to Dynamic Spending Rules for Retirement, by Bill Grossman