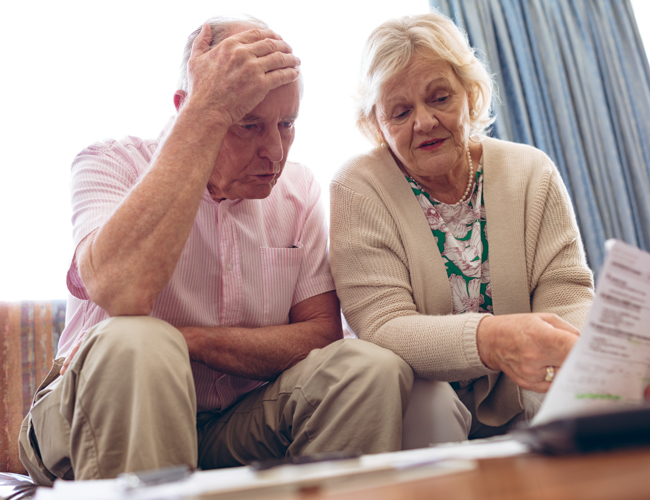 Every year, we all get excited about the potential bills and news stories for federal workers. We’ve seen lots of changes in the last 12 months, and the global pandemic is responsible for much of this. However, Congress members still want to make positive changes, and we have a list of potential bills alongside other important news stories in a roundup today.

The paid leave program was recently expanded for federal employees, and now we could see further changes to bring benefits in line with the private sector. If passed, employees will use the 12 weeks of paid leave to recover from an illness, help care for family members, and other reasons. Named the Comprehensive Paid Leave for Federal Employees Act, it would apply to Postal Service employees and all other federal workers.

At the moment, the 2019 change means that paid leave is available for adoption, parenting, and similar reasons. Now, lawmakers want to include care as acceptable reasons for paid leave too.

As you may know, law enforcement officers and other first responders cannot continue in the role past 57. As a result, they make accelerated contributions while working. However, there’s a kink in the system where these first responders lose access to the retirement program after getting injured in the line of duty and having to move departments.

The Fair RETIRE Act, led by a bipartisan group of Senate and House members, would allow access to the original retirement program, even after first responders’ injury. As long as they remain in federal employment, they wouldn’t lose all their hard work just because of an injury. For those who leave or retire as a result of an injury before pension eligibility, the bill will ensure a refund for contributions into the accelerated annuity.

Back in 2019, Sen Ben Cardin attempted to pass a bill that would expand the Small Business Administration Office of Capital Access. With an Office of Emerging Market, small businesses would have more support and better access to loan programs. As part of a revitalized version of the same bill, Cardin wants to protect vulnerable small businesses, and this includes those led by veterans, women, and minorities. He believes that many small businesses are ‘underbanked’ and ‘underserved,’ and this new office would fix a gap in the service.

This could be a huge addition for small businesses, especially at such sensitive times with the global pandemic. Co-sponsors are Tammy Duckworth from Illinois and Mazie Hirono from Hawaii.

Not so long ago, a significant portion of The Bureau of Land Management workers asked to move from Washington DC. Now, most of this group has moved on – some have found other jobs while others have retired. In total, 41 employees from this agency have now moved locations.

It has been a busy time for the Bureau of Land Management, with nearly 290 workers leaving or retiring since last July alone. Since summer, the BLM workforce has shrunk by around one-quarter, and the agency has 100 vacancies. Last year, there was talk of hundreds of workers moving to a western location like Grand Junction, Colorado.

As for the Biden administration, they froze all new regulations after entering the White House. It said the administration would carry out extensive reviews of all Trump-led rules from the final weeks.

The military plays a huge role in protecting the nation, but Defense Secretary Lloyd Austin and President Joe Biden believe it can also contribute to environmentally-friendly policies in the years to come. As an example, the Department of Defense will now consider the relationship between strategic goals and melting ice caps. What’s more, they will consider bases and climate disasters.

In 2010, the DoD revealed that it would consider climate change in its operations. However, it now sits at the top alongside other priorities for the department.

The Air Force space procurement office will soon branch into three sub-divisions – architecture, policy, and acquisition. When buying space systems, the Pentagon hasn’t yet decided on the space acquisition executive, but the deadline for this is 2022. While some say the position should be filled in the Air Force, others say that it’s better suited to the Space Force or another location.

For those eagerly anticipating the release of 2020 apportionment data, the Census Bureau has said that all timelines are still fluid. Despite this, it believes that April 30th is an achievable date for release. Normally, laws state that all data should be prepared for a release on December 31st. However, the pandemic caused problems for the department (like most of us!).

Initially, a four-month extension was suggested by Trump with the support of former bureau directors, but this was later dropped.

Peraton is a significant federal IT contractor, and it was big news for the Veritas Capital-owned company recently as it spent $7 billion acquiring Perspecta. As a result, Peraton’s capabilities will expand to include digital transformation, mission services, and enterprise operations. In 2019, Peraton won contracts worth around $580 million, while Perspecta earned $2.5 billion worth of contracts, so this acquisition is a significant one for all parties.

Recently, there has been much debate around the JEDI Cloud contract, worth billions of dollars. For the first time, the Pentagon has now admitted that it could leave discussions. If the ruling from the federal court is unfavorable, Congress members have been warned that the DoD will question the future of JEDI.

Was there political influence involved in the JEDI award to Microsoft? Amazon thinks so, and it’s ready to depose witnesses – the Court of Federal Claims will soon decide whether Amazon can take this step. As expected, both Microsoft and DoD want this part of the lawsuit to be dismissed and have, therefore, put the request to the court.

According to sources, the department isn’t interested in a long litigation process. Consequently, it will consider reassessing the whole strategy if the court rejects its request.

Finally, the question of digital identities has been a core issue for agencies in recent times. Now, a three-step process determines the necessity for any agency currently using a robotic process automation (RPA) tool such as a chatbot. When choosing to implement an RPA tool, agencies now have access to a playbook from the Office of Governmentwide Policy; this playbook highlights seven critical considerations for CIOs.

For example, the considerations include potential risks and adverse impacts from the RPA tool. As a result, the agency should track certain measures, create an identity, and ascertain accountability before implementation. In May 2020, the OMB introduced a memo concerning identity access and credentialing management – this new playbook is a response to the memo.