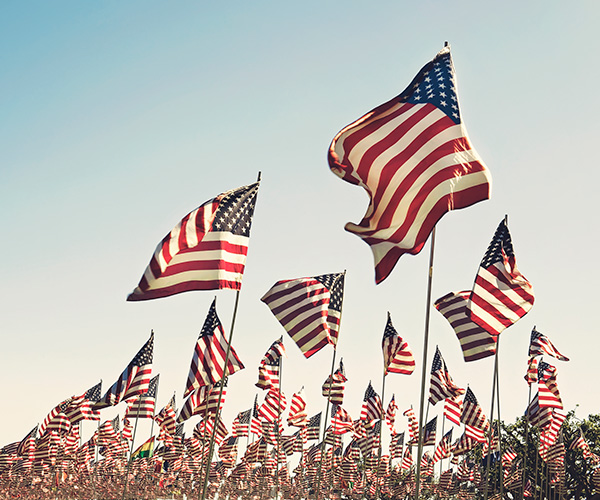 Unlike many corporations in the United States, the U.S. military still uses the traditional pension system. As a result, veterans in the Armed Forces are eligible to receive substantial benefits upon retirement. But the military does not adopt a single approach to calculate the benefits of veterans. Instead, it employs four different methods based mainly on the year such veterans started serving in the military. This article contains a breakdown of the retirement packages available for Americans who served in the Armed Forces.

Service members who are eligible for this payment system are those that joined the service on September 6, 1980, or before. The payout calculations under this system are pretty straightforward. If this system applies to you, you can determine your payout by multiplying the last monthly basic pay you received by 2.5%, then multiplying the result by the number of years of service. For example, suppose the last monthly basic salary you receive is $6,000 after twenty years of service. In that case, the calculation of your monthly pension should look like this:

Based on this calculation, service members who serve for forty years will receive their complete final monthly basic salary as monthly pension payments.

Service members that joined the military anytime after September 7, 1980, and before August 1, 1986, fall under this system. The calculation here is almost similar to that of the Final Pay Retirement System. The only difference is that this system uses a service member's average basic salary for their High three years. Service members usually receive their high three salaries during their last years of service. For instance, service members who spend twenty years in service will receive half of their average highest basic pay within thirty months.

Service members who joined the military between August 1, 1986, and December 31, 2017, will receive pension payments based on the CSB/Redux Retirement System. However, service members who joined in the first years of that period can choose to go with the previous system. The CSB/Redux Retirement System's calculation is similar to that of the High 36. Both systems use the highest basic pay within thirty months. But the CSB/Redux system allows service members to receive a one-time payment of $30,000 after spending fifteen years in service. Service members that accept the Career Status Bonus will suffer a reduction of 1% for every year of service less than thirty years.

This system addresses the issue of over eighty percent of service members who do not use up to twenty years in service. People in this category are not entitled to receive regular payments upon retirement. Instead, the system offers those service members fixed benefits and TSP contributions and continuation pay for those who spent over twelve years in service.

Who is eligible for the BRS?

Service members who join service on or after January 1, 2018 (automatic enrollment).

Service members who join after December 31, 2005, and before January 1, 2018, can choose the regular system or the BRS. However, they should have opted for the BRS on or before December 31, 2018 to be eligible for the system.

Like the CSB/Redux system, the BRS offers service members the opportunity to receive a bonus. However, the bonus is around 2.5% of their yearly basic salary, and it is receivable after twelve and not fifteen years in service. In addition, the Armed Forces will continue the payment of 1% to their TSP accounts with automatic savings of 3% to the account from the service member's pay. Service members can increase, reduce or completely stop the 3% personal savings at any point.