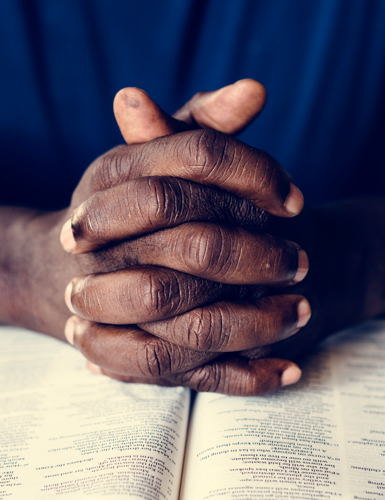 For many Americans around the country, Coronavirus has forced them into isolation. This has meant little to no work, celebrating birthdays alone, and not even visiting neighbors. While some seek part-time employment as a source of income during these difficult times, others have no option but to stay inside. COVID-19 came as a shock to the Western world and their economies, and we’re living at a time were just visiting the store for food is a risk.

As well as the pain and suffering, there’s now a genuine risk to retirement for many Americans. The economy continues to struggle, life savings are dissolving, and the already broken retirement system is in danger of crumbling completely.

According to many estimates, the percentage of people 55 or over who have no savings for retirement is now nearly half. Over 40 years, we saw a transition from pensions to 401k accounts, but this has led to weak defenses against whatever comes; in this case, it’s the COVID-19 pandemic.

According to the director of the Center for Retirement Research (Boston College), Alicia Munnell, the first group of Baby Boomers with a 401k rather than a traditional pension are in a poor state. With not much more than a decade before retirement, Munnell found that the amount saved in these accounts was significantly lower than before. While early and mid-boomers had between $50,500 and $55,800, middle-income late boomers have just $30,000.

Strangely, savings decreased as people spent more time with their 401k accounts. Due to the recession of 2008/09, late boomers were hit much harder than older groups. Had the recession not hit, the younger boomers could have built on their savings. Sadly, this all changed in their mid-40s, and they’re still paying the price today. Why is this important? Research suggests that Millennials and Generation X workers could follow the same footsteps as another economic crisis occurs.

Although we couldn’t possibly predict the pandemic’s outcome and damage, we know that stocks are volatile, retirement savings are dwindling, and livelihoods are in danger. For those who rely on defined contribution plans, all the risk is absorbed by themselves, making them vulnerable. It has been around 85 years since Social Security was launched in times similar to ours now, and it has never been more critical. Regardless of how the stock market performs, the checks go out, and it may secretly (or not secretly at all!) keep the retirement system going.

Social Security and the Introduction of Retirement

Before the mid-1930s, retirement was seen as something reserved for the wealthy, but this changed with the introduction of Social Security. The Great Depression was over, the country boomed, and the middle class had opportunities to retire. Simultaneously, employers attracted talent with pensions, and workers had an income for life. Sadly, it wasn’t to last, and the 401k pushed responsibility back onto workers themselves after replacing pensions.

Unfortunately, the bad times occurred almost immediately when most workers failed to access a 401k and the few who were ‘lucky’ enough faced poor contributions and high fees. Hopes were high with automatic sign-ups to encourage more savings and diversified funds. However, ‘sequence of return risk’ was a problem for even the most affluent Americans – and the problem is still present today. If you’re about to retire, your portfolio’s return in the long-term is not the only important factor because the performance of the markets in the period immediately after retirement also matters. Even if a rally follows, poor performance in those early days can cause massive problems.

If we look at the 4% rule as an example, this suggests withdrawing this percentage every year. For those with $800,000 saved, this means $32,000 per year. According to the research company Spectrem Group, around 500,000 people who started the year as millionaires are now back into six figures. Depending on the exposure to stocks, retirement savers will experience losses. Bonds and equities make up the Vanguard Target Retirement 2020 Fund at around 50/50, and this fell by nearly 14% from the start of the year to March 24th. With this in mind, the previous $32,000 figure has already fallen to around $27,550. We’re forced into pulling more, and this takes away from any potential future increases because the money won’t be in the account.

The Future of the Young

Not everybody reading this will have retirement as an immediate concern, so what about those who will think about retirement in the future? Well, there’s a potential of improved future returns because of the lower equity valuations today. Of course, this assumes you can save now when many are having their hours reduced (or cut completely!).

Despite the problems, let’s not forget that workers were having trouble saving enough with a 401k even during better times. At the Center for Retirement Research, Munnell also investigated the impact of savings, should contributions increase by 5%. For the average American, this would require a lot of effort, but it barely moves the needle. Compared to 50.2%, the number of households falling short of retirement goals fell by 3.1 percentage points.

Regardless of how it comes, it seems most aren’t able to save enough for the inevitable ‘rainy day.’ When a shock comes, global or otherwise, the retirement system just isn’t equipped to handle it, and it has been proven yet again with the Coronavirus pandemic. Before 2020, we saw policymakers and experts considering reverting to the old system of shared risk. Unfortunately, most ideas, including the one to use products similar to an annuity for lifelong income, are red tape, legal barriers, and potential costs. Another approach has been to boost Social Security.

According to Social Security Works founder, Nancy Altman, savings help in the short-term, but insurance is required for retirement, provided by Social Security. These days, most income for half of the retirees comes from Social Security. It’s not just lower-income families either because wealthy Americans used the system during the recession a decade ago. According to one financial advisor, it helps not only financially but psychologically too. When everything else crumbles, Social Security seems to be the only thing left, which is a sigh of relief for many.

Though there is security and popularity with Social Security, there’s no doubt that it’s also a political tool. Last year, trustees of the system calculated that the current income and reserves would be drained entirely by 2035; this means that those expecting payments that year could get 20% less than in previous years. With the pandemic of 2019/2020, things could be about to get direr for the once-reliable system.

As noted previously, it’s impossible to gauge the full impact of the pandemic right now. Yet, we know that fewer workers mean less support through payroll taxes. With more money going out and less going in, it will run at a significant deficit. At the same time, most industries are struggling, and experts are calling for more significant benefits. Over the next two years, Elizabeth Warren and two other Democratic Senators recently revealed their proposal to boost checks by $200 a month. While some argue that it wouldn’t be targeted enough to help those who need it, the fact remains that the conversation has changed regarding Social Security. Rather than making it more sustainable, there’s a focus on helping individuals, no matter the long-term fallout.

It’s an interesting time, and choosing an appropriate strategy will be a difficult decision for many. The longer this continues, the more likely Americans are to cancel a portion of retirement. In the history of Medicare (spanning five decades), more people worked past the age of 65 after the recession ten years ago than at any other time. By choosing to add a couple of years to our career, we have a more secure retirement with less risk of depleting funds. As we’ve already seen, higher benefits also greet those who are willing to wait.

Only time will tell us the gravity of the situation: seniors can’t work in public-facing jobs, unemployment rises, and the virus spreads around the globe. Beyond Social Security, there’s very little to get excited about in terms of work and income for Baby Boomers.

After the depression of the late 1920s, this was the catalyst for change and an event that led to shared risk. Could we see something similar come out of the COVID-19 pandemic? Even multinational corporations struggle to stay afloat, could retirees, and those just around the corner from retirement request a rescue package of their own?