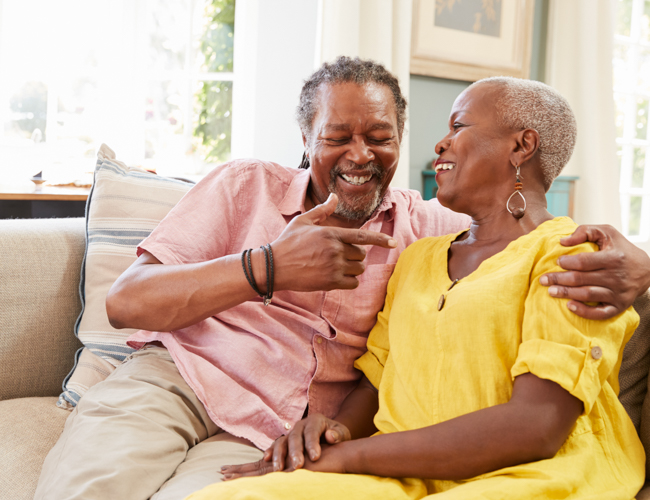 The first variable insurance annuity (VA) was developed by William Greenough, a Harvard Ph.D. economist, and sold to Henry M. Wriston, Brown University President. It was considered a creative solution to the retirement income puzzle. Since then, over one million educational employees have invested millions of dollars in variable annuities through the TIAA-CREF (TIAA College Retirement Equities Fund).

The concept of variable annuities, when originally envisioned, was straightforward. Its creation was to provide higher income for retirees than what they get with fixed annuities. However, the higher income is a trade-off of the stronger guarantees that’s obtainable with fixed annuities. A variable annuity invests in more volatile and high-earning investments – stocks. Greenough envisioned that this would provide retirees with more substantial income that rises over time, pays more, and counteracts the price inflation that reduces fixed annuity purchasing power.

Greenough, in his published research in the Journal of Finance, mapped out the income of a variable annuity before the Great Depression. The income from VA fell below the fixed annuity at first, but by the 1940s, VA income rose to a point where it kept pace with inflation, while income from a fixed annuity fell every year. This would’ve typically caused a significant switch to VA, but available data doesn’t support such.

A recent analysis shows that the percentage of TIAA participants who choose lifetime income fell from about 54% in 2000 to 19% in 2017. The decline in annuitization is attributed to the fall in interest rates, which has lowered the income receivable from an annuity. Another reason is the general misconceptions about annuities. Only 19% of participants of a recent retirement income literacy survey correctly guess what the payout on a single premium annuity (SPIA) will be to a 65-year-old male at a 6% rate.

The lack of insight about a product can prevent investors from choosing a moderately priced solution and provides actual value. In a low interest rate, low-interest return environment, where a growing percentage of the retirement savers will not receive a defined benefit pension, potential retirees need all the help they can get to have a portfolio that can fund their expenses in retirement.

A variable annuity can help by providing mortal credit and equity risk premium, which is typically not obtainable with traditional assets. For instance, a basic investment portfolio provides retirees with equity risk premium but offers mortality credits, resulting in lower spending and higher risks.

To maximize the power of mortality credits, these products must be illiquid in structure. Why? Think of an annuity as a lifelong income club. When the club was formed, all members chipped in some money that’s equally distributed to everyone that’s still alive, so those who don’t live that long subsidized those who do. If members with a shorter life-span pull out their money, there won’t be enough to pay those who live up to 100 years.

Still, most retirement savers need some form of flexibility.

One possible way to this is a guaranteed minimum withdrawal benefit. A GMWB preserves access to equity risk premium and lifetime income protection. There’s also access to mortality credits as the minimum lifestyle guarantee is preserved even when the account balance runs out. There’s the flexibility to withdraw assets for an emergency or if the saver doesn’t live long.

Although the expected lifetime income may never be as high as pure variable annuity income, most savers would find that the trade-offs are well worth the cost. Another strategy is to merge risky assets with fixed annuities. This enables retirement savers to get higher returns from equities while enjoying mortality credits from annuitization.

A fixed annuity can be substituted directly for bonds in a retirement portfolio to benefit from mortality credits without losing stock returns.

Also, since mortality credits are often higher later in life, investors can get tax benefits by buying a qualified longevity annuity contract (QLAC) or deferred income annuity (DIA). These instruments provide tax benefits by shielding up to $135,000 from required minimum withdrawals (RMD) between the ages of 72 and 85.

If your goal is to maximize income, the ultimate solution is a lean variable annuity. You’ll determine the level of risk you are willing to take and adjust accordingly if you want to spend more on stocks or bonds.

No one can question the fact that variable annuities are complex to navigate. Some are also expensive, and there are stories of abusive sales practices. But with the advent of the SECURE Act, plan sponsors now have a clear avenue to incorporate losses and transparent annuity solution products.

In all, it has the potential to provide retirement savers with clarity and certainty to turn their nest egg into a safe retirement income stream.