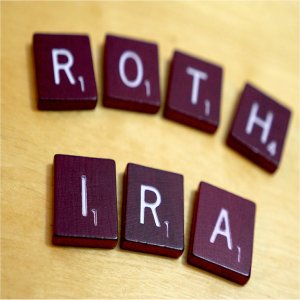 There are many retirement savers out there that are contributing to a traditional IRA with the idea in mind that their tax rate will be less when retired than right now. However, with the way things are looking at this time, it may be smart to start saving into a Roth retirement account instead of a tax-deferred account.

Money contributed to a Roth IRA or Roth 401(k) is after-tax, which means that you will not be liable for taxes on that income when it is withdrawn during your retirement years. Money that is put into a traditional IRA or 401(k) will not be taxed when contributed, but when withdrawn later on.

That is why it may be beneficial for people to save into a Roth account now if they expect a higher tax rate in the future. And many financial and policy experts believe that tax rates are in an environment where it only has the direction to increase.

Back in 2017, the Tax Cuts and Jobs Act restructured the tax laws after about 30 years. This brought down the tax rates to almost the lowest it had ever been. For instance, the highest tax bracket had a rate of 39 percent, which was brought down to 37 percent.

However, we are also living in a time where we have our national debt at an incredible all-time high, without it ever looking to reverse. There was also a budget deficit of almost $1 trillion last year. Many point fingers towards the loss in revenues from the lowered tax rates and the ever-increasing in spending. And actually, this deficit is the biggest compared to 36 other first or second world countries within the Organization for Economic Co-operation and Development.

Many financial analysts and tax policy professionals believe that eventually, the deficit will need to be dramatically addressed, which will likely have the government bring up the rates in taxes to bring in more money.

Money in Roth accounts would be safeguarded from the income-tax increases, as the taxes have already been paid on it. However, wealth tax or consumption tax can still be placed if held liable.

The Investment Company Institute states that about 26 percent of American households are contributing to a traditional IRA, which totals about $7.5 trillion. At this time, only about 18 percent of households are investing in a Roth IRA, which is about $800 billion altogether.

The good news is that many workplaces are starting to have options for Roth 401(k) plans. According to the Plan Sponsor Council of America, there seems to be a high interest as almost a quarter of the account holders of 401(k) have a Roth. This is a 30 percent spike within just three years.

In 2026, the Tax Cuts and Jobs Acts will allow the increase of income-tax to around the same rates as before the law was put in place. The only way this increase will not happen is if politicians decide to delay it; however, many experts do not foresee this happening.

This is one of the big reasons why it may be a good idea to start saving or rolling your traditional IRA accounts into a Roth.

Some people believe that it is hard to know what the tax rates will be like in the future and that there could be a chance that the lawmakers may try to tax Roth accounts if the deficit and national debt become too out of control.

Though we cannot know for sure if the tax rates may be higher than it is now, it may be a safer strategy to put half of your retirement savings into a traditional IRA and the other into a Roth account for tax diversification.