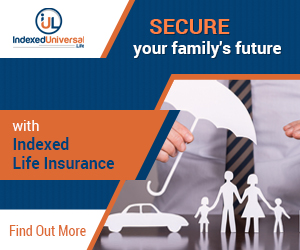 In late December of last year, the President signed off on the Secure Act By Aubrey Lovegrove, which is short for Setting Every Community Up for Retirement Enhancement Act. The new legislation aims to open up more possibilities for Americans to save up for their retirement. There are also tax changes that have been included in the Act, aside from retirement.

In this article, we will go over some significant changes now that this law has become official.

One significant change is that now new parents can make pre-mature retirement withdrawals penalty-free in the event of adoption or birth of a child. However, if you take money from an IRA, a Section 403(b) tax-sheltered annuity account, or a Section 457(b) tax-deferred account, it must be listed as income when it comes to taxes. Unless you are exempted from it, there is an early withdrawal penalty tax you must pay if you are under the age of 59 and a half.

With the new law in place, parents can avoid the early tax penalty and make a withdrawal from a retirement plan within one year from when the child was born or when the eligible adoptee becomes officially adopted. An eligible adoptee is a minor that is anyone other than the offspring of the adopter’s spouse, or they can be over 18 if they are mentally disabled in which they are not able to support themselves.

The maximum amount that new parents can withdraw penalty-free is $5,000. However, this cap can vary from case to case. However, if you are married, both you and your partner will be able to take out $5,000 each if necessary.

Contributions that you make toward your IRA plans must not be more than your compensation, along with any income you make that year self-employed. The good news is that if you are married, you can also add your partner’s earnings or self-employment money to your return.

The new law now allows that taxable money that you receive to support you in graduate or postdoctoral education will be considered as compensation when it comes to IRA contribution matters. Such money includes a stipend or fellowship, etc.

Before the Secure Act went into effect, people were able to receive loans from their retirement plans with a debit or credit card. Now, loans cannot be distributed through such means without the amount being considered a taxable amount instead of a loan amount that should be tax-free.

Another change with the new legislation is that the Tax Cuts and Jobs Act (TCJA) Kiddie Tax will be reversed. The Kiddie Tax, before the TCJA was put into place, taxed a part of the income of a child’s unearned–well–earnings at the marginal federal tax rate of the parent if the rate were higher than the rate the offspring would pay in general. This rule could stay in effect until the individual turns 24 years old.

In 2018, the TCJA changed this rule to tax some parts of the child’s unearned income with the rates that are applied to estates and trusts. This made it so that the tax would be much higher than before for those that receive a very large amount of unearned money.

The new law retroactively reverses the Kiddie tax rate change made by the TCJA. The previous formula used to calculate the taxes before TCJA will be used, which is based on the marginal tax rate of the child’s parent. This change was made as many lawmakers found the TCJA

Tax rates to be unreasonable for certain beneficiaries of unearned income, many being children of deceased law enforcement personnel, emergency responders, and military members.

If a child had to pay the Kiddie Tax under the TCJA law for 2018 and 2019, this tax return might need to be amended. For those that still have not paid the 2019 tax, you will be able to follow the Secure Act repeal.

There are also changes for tax-free Section 539 plan payments. These Section 539 plans are state-sponsored programs, which enable citizens to put money into an account that is to pay for the account beneficiary’s eligible college educational tuition or costs. These withdrawals to pay for the beneficiary’s qualified educational expenses are tax-free at the federal level. The account can also be used to pay up to $10,000 of qualified yearly costs to go to a private, public, or religious school. The new change is that these tax-free distributions will also be able to cover certain apprenticeship expenses. This also applies to payments made after the 31st of December, 2018. The new law enables these tax-free 529 distributions to pay up to $10,000 of student loan payments if qualified. This, too, counts for distributions made after the 31st of December, 2018.

However, this does not apply to the interests of student loans to be paid with a tax-free 539 distribution.

The last change we will talk about is the increased consequences for failing to file tax returns to the lesser of $400 or 100 percent of the tax amount. This will take effect this year. Before this change, the limit for returns was $70 less.

Hopefully, knowing about these changes can help you with your taxes this year.