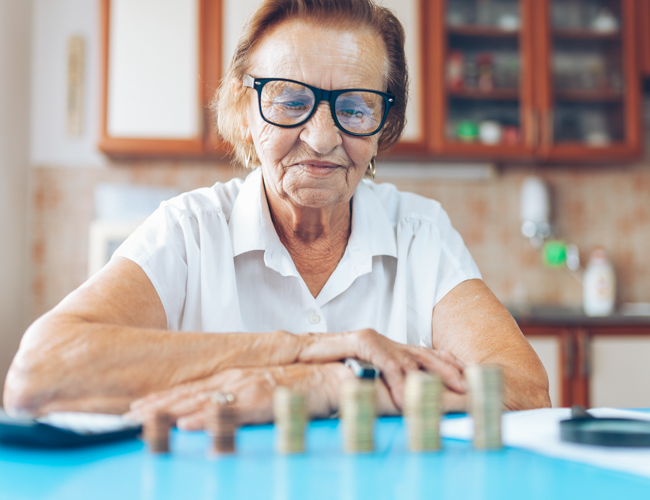 A recent FinanceBuzz survey published in August found that an estimated three in ten Americans have stopped saving altogether or have decreased their retirement contributions due to the pandemic’s economic crisis. Many households struggle to make ends meet, especially those who have lost their jobs or had their work hours cut.

A similar survey by MagnifyMoney published in May also found that many consumers are pulling cash out of their savings. The data shows that about 30% of retirement savers pulled out money from their retirement account in the last 60 days.

The money pulled out averages $6,757, with over half withdrawing to cover expenses, while 26% withdrew because of a job loss.

Unemployment rose in the last few months to levels that haven’t been seen since the Great Depression. Though the economy and unemployment rate are gradually recovering, many Americans are still jobless.

According to a U.S Census Bureau survey, over 134 million Americans, especially low-income earners, have difficulty paying for normal household expenses. Meanwhile, the $600 a week federal unemployment checks have been keeping most people going, elapsed since July, and efforts for a new program have stalled in Congress.

About 30 million people are still collecting unemployment checks, and there are 1 million new applications for aid every week. The number of individuals who prefer to work full-time but are forced to work part-time has grown by over 3 million.

The hardest hit of this economic crisis is the lower-income earners who tend to have limited financial resources at their disposal. According to a paper published by the University of Chicago Economist, the bottom fifth earners (those who earn less than $490 weekly) saw their unemployment rate rise.

By comparison, people in the top fifth of earners (those making more than $1,631 a week) only saw a job loss increase of 3.8% within the same period.

The pattern of withdrawal from savings during this period indicates this “two-faced economy” where the lower earners are mostly hit, while those at the top were relatively able to weather the crisis’s effects.

Another survey by SaverLife showed that 32% of people pulled out at least $100 from their savings in August. This is more than the percentage for any other month in 2019 or 2020, and double the amount for April.

The fact is that individuals are forced to withdraw from their savings, which are already meager. A Transamerica Center for Retirement Studies study conducted in May showed that a typical American worker only has about $50,000 in their retirement account.

The survey also showed that Millennial employees are more likely at 33% to withdraw from a workplace retirement account than Baby Boomers at 10%. While this may be a regrettable move for workers close to retirement, most people are left with no other option.

There’s also less disincentive to make withdrawals from retirement account due to the CARES Act relief law, which allows withdrawing up to $100,000 without the usual 10% tax penalty. (The penalty is spread over three years.)

Data from Vanguard shows that over 78,000 individuals with 401(k) accounts have made coronavirus-related withdrawals as of May 31. On average, investors withdrew 60% of their 401(k) accounts.

How Will the Election Affect Your Retirement?

The Coronavirus Pandemic is Forcing Americans to Raid Their Retirement Accounts

Terrified of Running out of Money When You Retire? Here's What You Can Do

How You Can Plan For Taxes In Retirement? Sponsored by:Flavio J. "Joe" Carreno