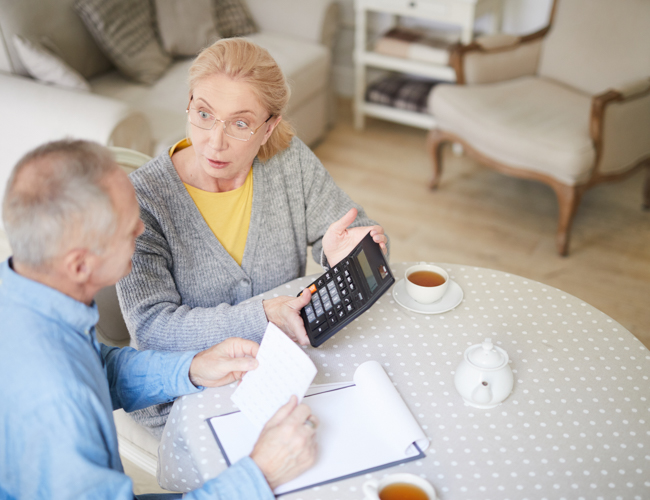 At the start of 2020, nobody could have predicted the year we would have. With COVID-19 causing mayhem for economies all over the world, even the well-equipped Western world hasn’t been able to shake off a pandemic that doesn’t seem to be going away. According to a Country Financial survey, over 45% of Americans believe that recovery from the COVID-19 pandemic will take over two years. With the country now officially in a recession, and the pandemic only getting worse, how will this affect your retirement plans?

1. The Downturn in the Stock Market

Firstly, there has been an odd upturn in the stock market despite the pandemic, but more shutdowns are likely to lead to a deeper downturn. For those closest to retirement, you might be forced into some careful reconsideration. One option would be to keep working and keep saving, but there’s always a risk of the pandemic causing layoffs. In some cases, we’re seeing people forced into early retirement due to crumbling savings and work loss.

In terms of immediate actions, we advise checking asset allocation – this is essentially how your portfolio is divided between investments. If you’re close to retirement, you should place your money’s largest chunk in conservative funds. Rather than risky stocks, your money should be in bonds and safer alternatives.

Someone has probably suggested that it’s always good to keep a small percentage in stocks. Even in retirement, this can help to grow savings. However, the majority should be in safer investments to protect you from a potential downturn in the stock market.

In case you didn’t know, Social Security benefits are funded by payroll taxes. It was recently revealed that the Social Security Administration (SSA) had suffered a deficit in funding. In other words, the only reason that checks haven’t been reduced at this point is because of the SSA’s ability to dip into trust funds. Eventually, these funds will empty, and it could be as soon as 2034. In the future, benefits could be limited to around three-quarters of what they are now.

The pandemic and recession come at a terrible time for those expecting Social Security benefits. The first wave of the virus caused plenty of job losses, and the second wave could wreak even more havoc. If the SSA is forced to take more from trust funds than initially anticipated, the 2034 date could significantly move forward. Of course, we also need to consider the likelihood of a permanent payroll tax reduction.

Ultimately, the reductions will hit hard for those expecting to retire in the next 10, 20, 30 years, and beyond.

For all Americans, deciding when to start claiming Social Security is a complicated and often confusing topic. As soon as you start claiming, this decides how much you receive per month for the rest of your life. As we’ve already seen, not everybody will be able to make this decision themselves during a recession.

Let’s say you lose your job; you might need to retire instantly, and this means claiming benefits so that you don’t drain other savings too quickly. The good news is that you receive financial support when you don’t think other employment will come. The bad news is that the checks will be much smaller than anticipated.

If you’re in the lucky position of working through the recession, you might decide to stay longer than you planned. By waiting to claim social security, your monthly check will be higher than expected. With the problems we’ve seen above, this increased benefit can make up for shortages with savings or other investments.

Unfortunately, the biggest problem looming over American’s heads is that nobody knows when the country will be back to normal. This makes retirement planning problematic, but the first step is knowing how a recession will affect your finances. In these cases, it’s best to seek out professional advice. The more prepared, and the more knowledge you have, the better placed you’ll be to make the right financial decisions.

Are You Facing Unexpected Retirement? Here’s a Checklist of What to Do..., by RICK VIADER

The Influence of COVID-19 On Retirement Savings

The Impact of a Recession on Retirement and Social Security, by RICK VIADER

What Should You Do if Your Employer Stops Your 401(k) Matches? by Rick Viader