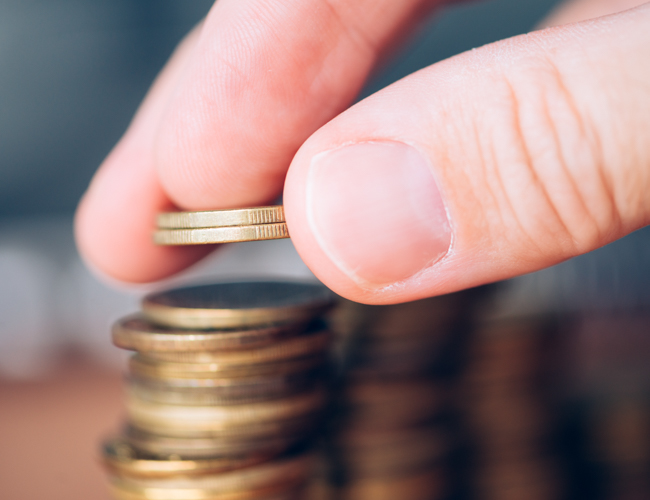 For those with experience in trading and stocks, you’re probably weighing the option of managing your retirement funds. Rather than leaving it in the hands of somebody else, you might feel that your skills and experience are enough to handle your retirement investments successfully.

Of course, making this move would mean managing risk well and trying to make sensible decisions rather than emotional ones. However, we believe that even the most experienced investors can achieve their retirement goals better in other ways. When attempting to build long-term wealth, the risk vs. reward interaction is entirely different from just making some money on the side.

As an investor, you’re probably accustomed to picking stocks for a good return. As you know, this comes with lots of risks—something you don’t particularly want when building for retirement. Not so long ago, Hendrik Bessembinder revealed a study showing that all market gains are generated by just 4% of stocks. For the remaining 96%, performance was steady because the bottom 58% lost money, which negated the positive results of the middle 38%.

You might have experience picking stocks, but maintaining this over a long period will indeed be very difficult.

The Difficulty of Rational Investing

Can you make rational decisions? You’ll probably say ‘yes’ to this, but research suggests not. In a DALBAR study, the performance of investors was compared against the S&P 500, and the latter performed better. While there was a 10.35% return for the S&P 500, this reduced to 3.66% for investors between 1986 and 2015.

During this period, the market experienced the highs of the 1990s, the lows of 2008, and everything in between. Two problems were causing the underperformance of the average investor:

• Trying to remain rational and keep emotion out of decisions

It’s not just the ‘average investor’ who underperformed, the same was true for experienced investors. Even if it’s less frequent, they still can’t ignore the emotional urges that sometimes take over. With impulsive actions or a poor calculation of risk, they see a pattern that isn’t there or are attracted to a particular price target. While underperformance doesn’t have too many repercussions when stock picking, the consequences when picking for retirement are detrimental. In the past, plenty have struggled with long-term performance, which has a knock-on impact on retirement.

There’s no debate. The strategy with your retirement portfolio needs to consider results over many years and not just over the next week. For the majority of self-directed investors, they need short-term success, and this should never be the focus when building for retirement.

We aren’t saying you need to stop trading, and some people take 10% of all their resources to search for outsized returns. However, we are saying that your retirement portfolio needs a strategy that comes to a head upon your retirement, and not in three weeks. Slow and steady wins the race, and this requires a conservative approach.

Why Are Women Saving Less Towards Retirement?, by Michael Sesler

Three Considerations for Retiring During a Pandemic

What Will Happen to Your Social Security Benefits if the Economic Crisis Forces You Back to Work?, by Michael Sesler