A report has been issued by the Congressional Budget Office (CBO) on a range of possible modifications to the Federal Retirement System that would lay a foundation for affecting remarkable changes for a retiree from Federal civil service, beginning from the 2018 budget and henceforth.

The President and Republicans have offered their individual suggestions on effective ways to reduce retirement benefits for federal retirees for better cost savings.

The outline changes include:

All employees would also make 8% contributions to their pension. This option would provide an avenue for agencies to contribute a higher percentage to the pension of workers employed after 2013.

Using the employee’s top five years’ earnings, instead of the present highest three years been used. The government will be saving a lot of money if this option is adopted. It would to reduce spending on retirement by $3 billion in 10 years.

Only new employees would be affected by this scheme, as old workers and their agencies already have their pension contributory scheme.

According to the report, this plan and the last one beneath would create a similar effect on government savings and revenues. The federal government expenditure on retirement would increase with these options in its first 10 years of operation unlike it is currently.

As with plan 4 above, this will affect fresh workers who are not yet under any pension plan.

All proposed plans could potentially affect recruitment and retention of federal employees. However, some future government employees may opt for and enjoy the flexibility that comes with a DC plan rather than a pension. 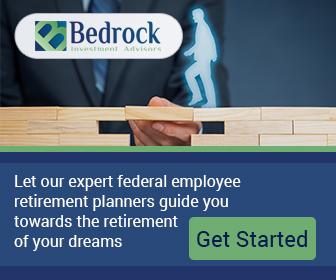