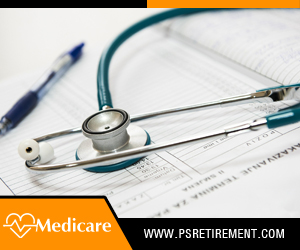 Change is rapidly approaching as Medicare prepares to issue new Medicare ID cards without SSNs in order to comply with the Medicare Access and CHIP Reauthorization Act of 2015. By April 2019, all Medicare recipients should receive a new card that reflects a Medicare Beneficiary Identifier (MBI) number that will be used for billing, eligibility verifications and claim status.

Officials have recently stated that the replacement of Medicare ID cards is on track and it will be able to meet the 2019 deadline. While a final prototype of the new card has not been revealed to the public yet. It is believed that the MBI will have 11 characters which will have a combination of randomly generated upper-case letters and numbers. In April of 2018, the agency plans to start mailing the new cards to all current Medicare beneficiaries. Beneficiaries will be instructed to safely and securely destroy their current Medicare cards and keep the new MBI confidential.

Though changing the numbers on Medicare ID cards presents a few challenges, it’s not the first of its kind. Much has been learned from the massive launch of “Obamacare” and the Medicare drug program rollout, neither of which were without difficulty. Many people will remember that the Healthcare Marketplace computer systems were plagued with issues when they first launched to the public. You may also recall that millions of low-income Medicare drug program beneficiaries were not able to get their prescriptions filled initially.

Aim of a Seamless Transition

The replacement of SSNs with a randomly generated MBI extends far beyond the nearly 57 million elderly and disabled Medicare beneficiaries. It also requires that the health care provider community prepares their systems for the change. However, many providers were dedicated to the Social Security Removal Initiative (SSNRI) long before legislation mandating the removal was signed into law. Many are already prepared for a seamless transition to the MBI number system.

In a statement made recently, Seema Verma who serves as Medicare Chief stated that the Trump administration is aiming for a seamless transition over a 21-month period which will involve coordination with hospitals, doctors, beneficiaries, family members, state government, insurance companies and pharmacies.

While long overdue, the removal of Social Security numbers from Medicare cards should help lessen the chances of identity fraud for Medicare beneficiaries. In the meantime, Medicare Beneficiaries are still at risk for identity theft so it’s important to carry your card safely and be vigilant about who has access to this important piece of personal identification.