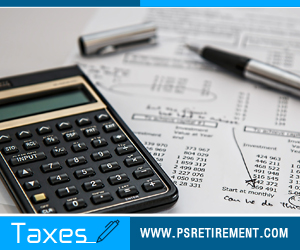 Retirees often seek to live in cities that offer peace and are tax friendly especially in states like Florida. It seems that a study has found such a city. It is Naples. The city was named as the most tax friendly city in Florida for retirees. There were various calculations done to find the most tax friendly city. Several assumptions were made too. There are no state taxes on pension or IRA in Florida and the report says that is what played a key role in making it a hot destination for retirees.

The study that proved Naples as a tax-friendly city in Florida for retirees was conducted by a company named SmartAsset that is a financial technology company. The study was done in a precise manner. It compared a fixed income against taxes such as property taxes, income taxes, sales taxes and fuel taxes. All these calculations were done to calculate how much money would be used for paying tax bills. The aim of the study was to find out the areas which have the most tax-friendly policies for the retirees.

There were several assumptions made in the study. It was assumed that a retiree had an income of $50,000.It was also assumed that retirees would spend around 35 percent of their after tax earnings on taxable incomes to calculate the sales tax. The study also used average fuel consumption per capita to calculate the fuel taxes. The property taxes were calculated by taking the median property tax paid by the people in a locale.

Naples was ahead on three measures. The property tax rate of the city is 0.65 percent, average sales taxes are $942 and $184 are needed for paying fuel taxes. The study also found that on a national scale, Alaska is dominating the rankings as it has no statewide sales tax. At a national level, Naples was at 13th position.

Retirees who wish to know about the worst places to retire can put Vermont and Minnesota to the top of their list even despite the fact that these states have a fair amount of retirees.

No State Income Tax in Florida

There is no state income tax in Florida which also means that there is no state tax on IRA, 401 (k) or pensions. The report of the study says that this could mean a saving of thousands of dollars. Florida also doesn’t have any estate or inheritance tax. These factors make it obvious that Naples was the most tax-friendly city in Florida for retirees.

Participants in the TSP Are Making Withdrawals Because of COVID-19

What Should be the Priority... Funding your Retirement Savings, or Settling Your Debt?