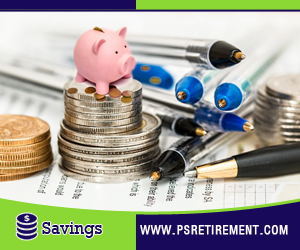 Savings bonds have a reputation for being a boring investment, perhaps because they are traditionally the safe way to go. But currently, savings bonds are looking extra enticing, and there are a few surprising reasons why that is.

Up until very recently, the international bond market was in a downswing, dropping 62 points on a ten year U.S. Treasury. And this downturn affected everywhere, including the Japanese economy, at a negative .17 percent, and the German economy too, at a negative .36 percent, respectively. While not what you’d want out of an investment, these rates have been holding steady since at least last year.

Currently, here is what you can expect out of the terms of your bonds:

Series EE Bonds are set at a .1 percent inflexible fixed rate. While that is not a good return, what you can expect out of EE Bonds are a guaranteed investment, which should double if held steady over 20 years. That gets the total yield to 3.5 percent on your initial investment.

Series I Bonds are a combination of a variable rate adjusted for inflation, which is 1.4 percent right now and revised each year, while also paying out a fixed interest rate of .5 percent. So if you bought a bond today, the rate you’d be receiving is 1.9 percent total, set for the next 30 years or until you redeem the bond, whichever comes first. The variable rate is typically adjusted every six months to compensate for any inflation on the dollar.

I Bonds are guaranteed to have at least a .5 percent return. You can cash in your I Bond after a year by paying a small early penalty. If you cash it in after five years, you do not have to pay that penalty. They are not subject to the market when it comes to that .5 percent, and will not lose value due to deflation.

EE Bonds, on the other hand, has to be held for 20 years to get the full 3.5 percent interest rate. Otherwise, it reverts to the yearly .1 percent that had been accruing over that time.

Both bonds can be tax-deferred, and both bonds have a limit of 10,000 dollars per year, meaning you can’t buy any more than that annually.

So which of these is the better investment, you’re wondering?

Since they offer the same terms, it can be confusing which bond would be the best bet.

Charting the I Bond for ten years, wherein the market has dipped and not completely recovered, you can see that when the yields dropped below the .5 percent return rate, the I Bond became the better investment, as that money is guaranteed at that percentage at a minimum. You add that with the protection you get against the bond bottoming out, and the tax-deferred status of it, and you have a great investment that will eventually show results.

That’s not to count EE Bonds out though, as they are the most solid investment you could have. They are immovable when it comes to their return, so long as you can put off cashing your bonds in for the 20 year period before they’ve had a chance to fully mature. At this point, the bond effectively doubles, and you will see a return of 3.5 percent on that investment. EE Bonds too have a deferral on the taxes. You invest, double your money, and that’s basically it. Couldn’t be simpler. The only disadvantage for an EE Bond is the 20 year period you’d have to wait, and if you’re already past retirement, 65 years or older, this might not be the best option for you.

The fact of the matter is, both investments are safe and solid, and you couldn’t go wrong with either. The I Bond ekes out slightly ahead, as the return on it is much faster, especially in a market upswing. And I Bonds tend to be the investment of choice for people looking to preserve their money in a tax-deferred and inflation-protected account.

These are typically the types of investments anyone can do, as most brokers and financial advisors don’t deal with bonds because they offer no fees for them, nor are they particularly challenging when it comes to their acquisition. You can see a return in just a few short years by investing in bonds today.