What Becomes of Your Benefits Upon Leaving and Returning to Federal Service?
By Jeff Spencer

Jeff Spencer developed his passion in helping others with financial planning at a very young age while enlisted in the Air Force, stationed in England working on aircraft as a crew chief. Over the years, Jeff has continued with his passion and recognizes how money can become a powerful tool that should be used to deliver safety and protection in our lives.

Are you considering leaving the Federal Service, or have you wondered what would happen if you did? Many are unaware of what will become of their benefits upon departure from federal service before retirement. Another common question is what would happen to them if they were to return to service.

It’s not as unusual to return to federal service after a break in service as one might think. Some people get caught up in the “grass is greener” belief, only to find that they may be wrong wrong after all.

After coming back to federal service (assuming that you are returning to a permanent position), you can continue in or enroll in all of the benefits for which you are eligible, such as life insurance, health insurance, etc. If before you left you had FEHB and decide to pick it up immediately after your return, then your coverage, for the purpose of meeting the five-year requirement, would be considered “continous.”

If your break in service within less than 180 days and you had a FEGLI, you will be eligible for enrollment in the FEGLI coverage you had at the time of your separation, and would not be permitted to select any other coverage. However, If your break in service was 180 days or more then you would not only be enrolled with your previous FEGLI coverage, you would have the option to elect other coverage as well.

At the time of your resignation, any sick leave you had at that time would be re-credited. Based on your length of service, you would begin earning annual leave (including the service that took place before your resignation).

Although you will not be able to re-contribute the funds that you withdrew from the Thrift Savings Plan after resignation, you will be able to make contributions again. If you had rolled the funds from your TSP into another qualified account, you would be able to roll that account into the TSP.

Your retirement coverage is directly dependent on what your retirement system was when you resigned, as well as the duration of absence from federal service. For example, if you were FERS at the time of resignation, you would return to FERS. If the credible civilian service at the time of your resignation is less than five-years, you would contribute 4.4% (or 4.9% if you returned to a position covered by the special provisions for firefighters, officers of law enforcement, etc.) of your salary to the FERS system. This happens regardless of how much you were contributing at the time of your departure. If you had five or more years of creditable civilian at departure, you would contribute to FERS when resigning, at the same rate you did before you left.

The rules would differ if you were CSRS before your resignation. Chances are that as CSRS, you may already be eligible for retirement, although this doesn’t apply to all CSRS employees.

The following is for the CSRS employees who have not reached retirement age when they opted in for a resignation:

You will have the opportunity to re-deposit any CSRS or FERS retirement contributions that you withdrew when you resigned, regardless of which retirement system you were a part of.

If you need assistance, please make sure that you contact a local financial professional: 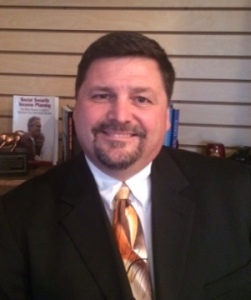