Proposed Federal benefits cuts: Who will they affect?

Recently, the White House announced several proposals that would reduce or eliminate some benefits for Federal employees. Some concern is valid– but at the same time, it is not yet the time for Federal employees to take action. Since the proposals are still fledging, any actual changes enacted would look very different as the two parties of the House try to change the bill to reflect their priorities and budgetary principles. Also, these changes may never actually happen! These proposals often show up, get batted back and forth between the houses, and never actually gain traction. However, it is still important to educate oneself on the potential changes and, while it is not yet time to prepare for the changes, have an understanding of the potential changes that are coming.

What changes are coming?

The FERS Special Retirement Supplement would also be removed for employees who retire before the age that they would be eligible for Social Security. Annuities would also be calculated based on the highest five years of pay while employed, as opposed to the former three.

What can federal employees do?

While there is no reason to lose sleep over these changes as of yet, there are a few things that federal employees can do, just in general: firstly, joining an advocacy group for federal employees, and secondly, to find the parts of your retirement you can control and take action. Cutting expenses in retirement budgeting, effectively utilizing your TSP, and opening an IRA are all excellent strategies to make sure that you are covered for the future in ways less affected by these proposals.

Altogether, this can be a time of concern for federal employees. The uncertainty, confusion and lack of stability can be distressing, but there is not, as of yet, any reason to worry. If these proposals take effect, there will be ample warning to change your current retirement plans. If you need to consult with experts on financial retirement, you can get a free consultation with Bedrock Financial Advisors (http://bedrockia.com) and start planning a better retirement today. 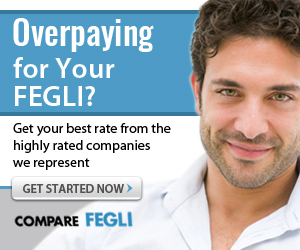